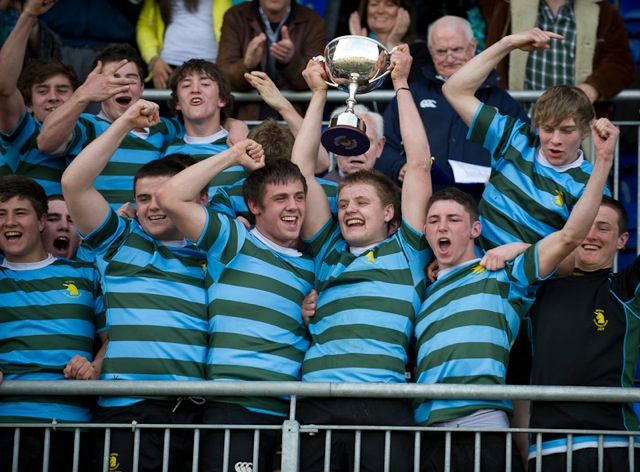 St Gerard’s won the Senior league for the third year in a row with a hard earned victory over Roscrea who had narrowly beaten them in the Semi Final of the Cup. The game had a bit of déjà vu with Roscrea taking a 15-0 lead within 20 minutes, a very similar scenario to the semi final opening quarter. The lead was fully justified with lots of steady pressure by the Roscrea pack that lead to a good try , followed by a missed catch by Jett Desmond that lead to a turnover and second try. Desmond however made up for this early error with some ferocious tackles that kept Roscrea at bay later in the game. Crosbie slotted over an easy penalty in front of the posts after 24 minutes to calm his team mates down, and added another just before half time to give St Gerard’s some hope going into the break. All in all Roscrea were worthy leaders at half time and were definitely the sharper of the two sides.

After the break it was a different story ( just like Donnybrook three weeks ago). St Gerard’s gradually got back in the game with two great breaks from Prendergast and solid support from O Brien, Hackett-Delaney and O Neill. A quick throw in to Wojnar on the 50 minute mark took Roscrea by surprise ,and led to a well earned try by Symes. Suddenly it was 15-13 to Roscrea and game on….
Ten minutes later from another lineout O Rourke broke through from the back and scored a beauty just right of the posts. 20-15 to Gerard’s and just 10 minutes of regular time plus stoppage to retain the cup. A penalty attempt for Roscrea was made a lot easier by Conan (who was immense throughout) when He threw the ball away resulted in a two point game and frenetic nail biting 13 minutes. St Gerard’s kept their cool, defended beautifully, and held on to win the League for the third year in a row.
Well done lads You did us proud ( again!). 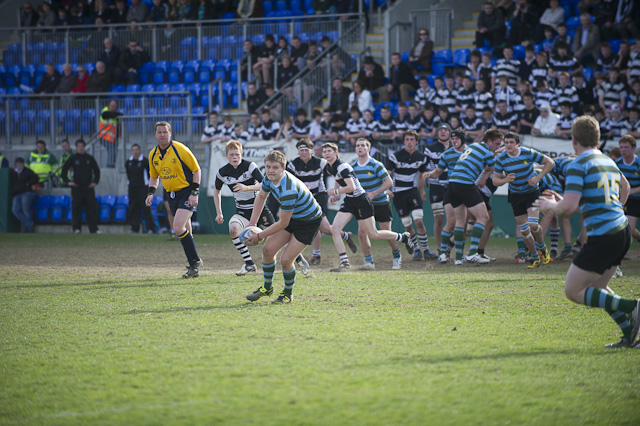