St Gerard’s JCT beat Templeogue 21-10 in the first round of Fr Godfrey Cup. 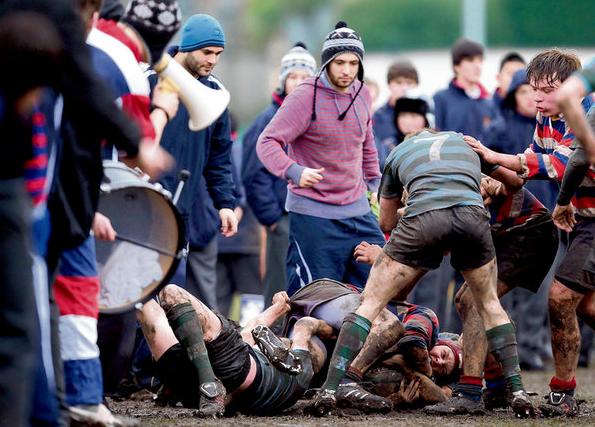 St Gerard’s JCT beat Templeogue 21-10 in the first round of Fr Godfrey Cup.

They will now face King’s Hospital in the second round next Tuesday 1st February at 2.30pm at Old Wesley RFC,  Ballycorus Road, Kilternan, Co Dublin.

Son of old boy Cian Cafferky-Aaron scored twice in the second half to seal the deal. The Captain lead by example from start to finish.The deadlock was broken by Jack Ryan who scored 20 minutes in. A penalty by Tommy Whittle gave St Gerards a well deserved 8-0 lead at half time.

Meanwhile The SCT first round match is next Wednesday 2nd of February at 2.30pm at Stradbrook ,Blackrock where they will meet CUS….

Could St Gerards be starting a run that could equal or surpass last years Teams fantastic performance!